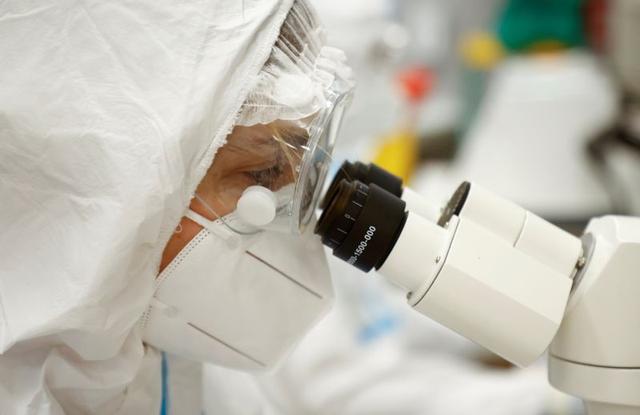 A medical specialist uses a microscope in a laboratory in Moscow, Russia, November 17, 2020.
Reuters/Maxim Shemetov
By Aimee Donnellan and Jeffrey Goldfarb | LONDON

LONDON (Reuters Breakingviews) - CSL’s Swiss expedition risks derailing its winning streak. The $99 billion Australian flu-jab maker is in talks to buy Vifor Pharma for around $7 billion, according to Australian media. The target’s sickly share price makes the pounce timely, although the returns look paltry unless Chief Executive Paul Perreault can unearth lots of synergies. A looming patent expiry for one of Vifor’s key drugs adds to the unknowns.

Perreault has a reputation for savvy deals. Having been promoted to CEO of Melbourne-based CSL in 2013 he quickly snapped up Novartis’s vaccine business, and combined it with BioCSL to form one of the world’s biggest jab makers. That and other acquisitions led to a barnstorming share price performance. Over the past five years total shareholder returns have topped 25% annually, compared to less than 6% for Australia’s S&P/ASX 200 benchmark. That explains Perreault’s confidence to tackle his biggest deal yet.

On the face of it, the swoop looks opportunistic. Berenberg reckons Vifor will deliver 8% revenue growth from now until 2025, outstripping rivals like Merck, Lundbeck and Ipsen. More importantly, its shares look cheap. Before reports of a possible deal sparked a 14% share rally on Thursday, the Zurich-based firm’s shares were trading at 103 Swiss francs, only just over half their pre-pandemic levels.

However, that doesn’t guarantee a healthy return. Assuming CSL ends up paying a 30% premium, Vifor would be worth 8.7 billion Swiss francs after deducting its minimal net cash. With little obvious overlap, Perreault will struggle to eke out significant synergies. Thus, after deducting Switzerland’s roughly 20% corporate tax from next year’s 490 million Swiss francs of expected operating profit, he will be taking home a paltry 4.5% return on capital invested. That’s far below CSL’s estimated 7.4% cost of capital, according to Morningstar.

There are other potential pitfalls too. The patents on Vifor’s top drug, Ferinject, an infusion for iron deficiencies, run out in 2023 in Europe and 2028 in America. Berenberg reckons it alone represents 55% of the company’s net present value. That means Vifor needs to diversify, and fast.

Perreault’s historical Midas touch means he may well have a plan to keep the revenue flowing. But, as every Swiss winter-sports enthusiast knows, when you’ve scaled the peak, there’s only one way to go.

- Swiss pharmaceutical company Vifor Pharma’s shares soared 15% on Dec. 2 following a report in The Australian newspaper that Melbourne-based biotechnology group CSL was in talks regarding a possible takeover worth $7 billion.

- CSL and Vifor both said on Dec. 2 they do not speculate on market rumours.

(Column by Aimee Donnellan in London and Jeffrey Goldfarb in Melbourne. Editing by Ed Cropley and Oliver Taslic. Graphic by Vincent Flasseur.)