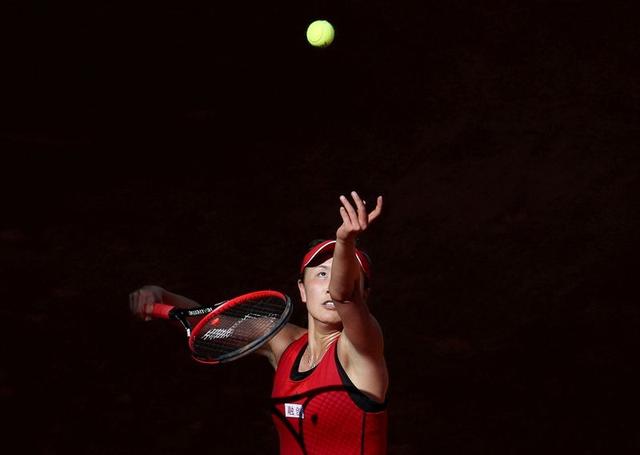 HONG KONG (Reuters Breakingviews) - The Women’s Tennis Association has smashed the ESG ball into corporate courts. It suspended lucrative tournaments in China after it was unable to contact local star Peng Shuai following her sexual assault claims against retired Vice Premier Zhang Gaoli. Given how Western companies generally exempt the country from espoused social values, the WTA’s bold stroke is sadly apt to be a mere spectator sport.

The WTA hosts nine events in China and has inked a 10-year streaming deal with streaming service iQiyi worth some $120 million. That means it’s sacrificing serious revenue if Beijing doesn’t bend and investigate Peng’s allegations, to which Zhang has not publicly responded. Far from joining the #MeToo movement, Chinese police have repeatedly jailed feminists trying to draw attention to sexual harassment.

Losing an international sport to protect a retired senior politician is a bad look for the Chinese Communist Party, which once championed women’s rights. The International Olympics Committee already has undercut the WTA by conducting a controlled, remote interview with Peng. The spotlight now turns to men’s tennis, and more broadly to Western companies, many of them WTA sponsors, who talk up female empowerment at home yet exclude Chinese investments from those values.

Goldman Sachs, for example, carved out Asia from a boardroom diversity pledge for initial public offering clients. Companies such as food delivery outfit Meituan and smartphone maker Xiaomi have never had a female director here per consultancy Community Business. Even non-profit environmental organisations like Greenpeace, which generally pair sustainability with human rights, appear to have a loophole for China here

When JPMorgan boss Jamie Dimon feels the need to apologise multiple times over minor quips or Hollywood studios thank Xinjiang propaganda bureaus in the credits, it only helps the Communist Party avoid being subjected to the social component of environmental, social and governance investing standards. In fact, there was a big $7.7 billion jump of flows into China ESG funds in the third quarter, according to Morgan Stanley calculations based on Morningstar data. The weak track record of would-be woke Western capitalists sadly makes it hard to see many of them following the WTA’s lead.

- The Women's Tennis Association said on Dec. 1 it will suspend tournaments in China immediately due to concerns over the treatment of former doubles world number one Peng Shuai.

- Peng's whereabouts became a matter of international concern following a nearly three-week public absence after she posted a message on social media in early November alleging that China's former Vice Premier Zhang Gaoli had coerced her into sex.

- Zhang has not publicly responded to the allegations and the Chinese government quickly removed Peng’s post. The topic also has been blocked from discussion on the country’s heavily censored internet.