Vaccinating the world is a worthy but elusive goal 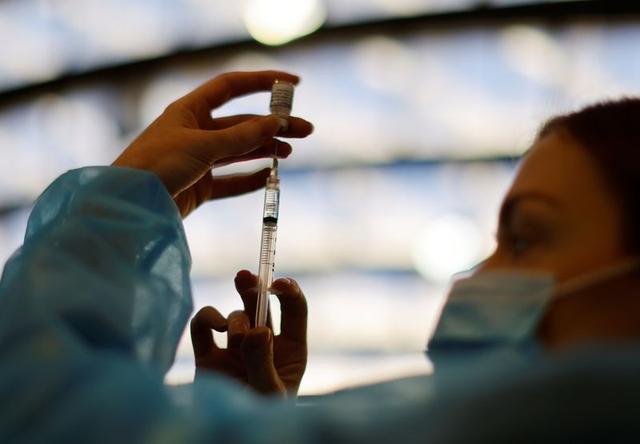 NEW YORK (Reuters Breakingviews) - Vaccinating the world against Covid-19 is in everyone’s interest, but it won’t be easy. Ensuring rich and poor countries get equal access to jabs is the best way to prevent more lockdowns. The challenge is shipping doses to people and persuading them of the benefits.

The emergence of a new Covid-19 strain has highlighted flaws in the global pandemic response. Vaccines are spread unevenly around the globe, which will allow variants like Omicron to fester. South Africa, where Omicron was first detected, has fully vaccinated less than a quarter of its population, while the UK, for example, has given two doses to over 80% of people over 12 years old.

The good news is that drugmakers are already increasing their manufacturing capacity, which should reduce vaccine hoarding. Moderna, Johnson & Johnson, AstraZeneca and Pfizer are expected to produce 12 billion doses between them next year, enough to give two jabs to 75% of the world’s population. That could substantially slow the virus’s transmission, if distributed evenly between states.

Getting shots into arms is a bigger challenge. Many developing countries lack the trained staff to administer doses, or the kit and infrastructure to ship them in the right conditions. South Africa, for example, earlier this month asked Johnson & Johnson and Pfizer to delay delivery of Covid-19 vaccines because it had too much wasted stock. Vaccine hesitancy is also a problem: only one in four health workers in Africa is vaccinated, the World Health Organization says here

Smallpox shows mass vaccination campaigns can work. It was eradicated in 1977, after decades of intense global effort, including building local medical infrastructure and mass inoculation campaigns. But unlike smallpox, Covid-19 infects animals too, so eradication may not be possible.

There’s a chance Covid-19’s significance will fade naturally long before an equivalent campaign can be mounted. Viruses can mutate to become milder, and other coronaviruses have transformed into mostly mild childhood diseases. Yet that evolution could take years.

The cost of further outbreaks, as well as the human tragedy, means it would be idiotic not to make every effort to fight the disease now. The 2020 shutdown knocked nearly $5 trillion off global GDP, according to International Monetary Fund figures, while the average cost for an intensive care stay in Nevada for Covid-19 is $472,000 here Those numbers alone are reason enough for wealthy economies to get more jabs to more countries.

- The World Health Organization on Nov. 26 designated the B.1.1.529 coronavirus strain as a “variant of concern”. First discovered in South Africa, the so-called Omicron mutation has since been identified in 24 countries.

- Some 56 countries have imposed curbs on international travel to contain the variant, according to the WHO.

- Seth Berkley, chief executive of the Gavi vaccine alliance that helped created the U.N.-backed Covax scheme, on Nov. 30 argued that more should be done to ensure developing countries got access to vaccines.

(Column by Robert Cyran in New York and Aimee Donnellan in London. Editing by Neil Unmack and Oliver Taslic)