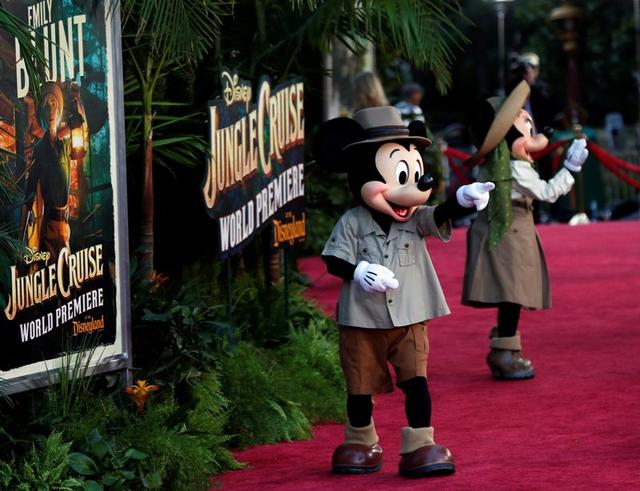 NEW YORK (Reuters Breakingviews) - Walt Disney has finally found its new board leader. The $260 billion media giant named here Susan Arnold on Wednesday as its next chairperson to succeed Bob Iger. She has stepped back from her private equity job, which is a step better than Twitter. But her long-time tenure that edges up to Disney’s own parameters suggests the Magic Kingdom could have planned succession better.

Arnold is leaving her position as operating executive at the Carlyle Group as she steps up to lead the Disney board. That stands in contrast to Twitter, which on Monday elected Bret Taylor as its chairperson. A day later, the $250 billion Salesforce.com promoted Taylor to co-chief executive. He now holds two big jobs that will split his attention. Arnold at least can concentrate at one task: guiding Bob Chapek as Disney’s newish CEO.

But Disney’s appointment could have been more thoughtful. Arnold has been a member of Disney’s board since 2007. That puts her well above the average tenure of directors at companies in the S&P 500 Index, which stands at nearly 8 years, according to executive search firm Spencer Stuart. Arnold is bumping up against Disney’s own corporate governance guidelines that state the board won’t nominate for re-election any non-management director after completing 15 years of service. That could mean the possibility of another change of the guard on Disney’s board when she hits her term limit.

Changes at the top are disruptive and Disney is undergoing its own transformation. Worries about a new Covid-19 variant threatens the company’s fragile theme park recovery. Disney is putting an emphasis on growing its streaming video product Disney+, which is already hitting a slowdown in subscribers. While Chapek is a long-time Disney executive, he’s new to the corner office and his leadership will be tested by challenges.

Iger’s transition from boss and chairperson has been in the works at least since February 2020, when Chapek replaced Iger as chief executive. That it has taken so long to officially elect the former private equity executive as chairperson signals a bumpy process to clear a low bar.

- Walt Disney said on Dec. 1 the board elected Susan Arnold who will replace Bob Iger as chairperson of Disney’s board. Arnold, who was a former executive at the Carlyle Group, joined the Disney board in 2007.

- Salesforce.com on Nov. 30 said it promoted Bret Taylor to co-chief executive. On Nov. 29, Twitter announced that Taylor would become its chairperson.